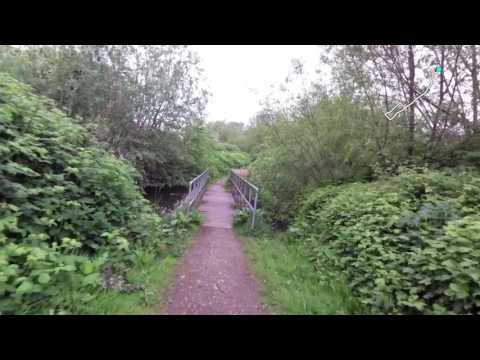 The group was first formed around October 2007 when the Environment Agency contacted Wilford Community Association. Under their Flood Alleviation Scheme they intended to link the pond to the River Trent by a short channel to provide an additional buffer for flood waters in those rare events.

Their original efforts to contact the lease holders via the City Council, drew a blank as the “Nott’s Anglers Association” had vacated the pond a few years earlier. Since then the pond had fallen into disuse and had become a dumping ground for all kinds of rubbish.

At this point a few local residents were contacted by the Community Group to ask if they would consider forming a group to oversee the development and management of the pond.

That’s where the IPA started in early November that year. We quickly formed a small team of about 6 and made the necessary arrangements to create an independent association but still closely linked to the Wilford Community Group.

Sunday 17th January 2021 – 17 large common Carp introduced into the pond all around 10 pound or over.

With the following flooding of the Trent and an Otter attack, several fish (3 or 4) were lost, but most have been caught or seen recently.

April 2017 -We have introduced 10 breeding pairs of Tench.

These will take a while settling in but should be a welcome addition to the pond.

In June / July 2017 we introduced 100, 4 to 6 inch (10 to 15 cm) CRUCIAN CARP. These are pure bred English fish and are a lovely butter gold colour. They feed both bottom and mid water, they are very shy feeders and small baits will be a must if you want to grace your net with one. They can grow in excess of 4 lbs in weight.

We have an abundance of native freshwater fish in our pond and below I list them in order of their size.

Smallest are the PERCH.

These are predatory fish and when small they feed on tiny shrimp-like animals and very small baby fish, known as fry. When they reach a reasonable size they will catch larger fish up-to 3 to 4 inches (7.5 to 10 cm) in length and from a few ounces to a few pounds in weight. There is an abundance of Perch in the pond, the largest caught by a young lad fishing with his dad, was 4.07 lb (1.85 kg) caught on a worm. You can catch Perch on maggots and worms.

Next in size are ROACH.

These can be found in their hundreds in the pond, they are mostly small from a couple of ounces (50 to 60 grams) all the way up to nearly 3 lb (1.36 kg) in weight. Roach love maggots and bread.

Next up are EEL’s.

These are not so abundant in the pond but can grow quite large in size, the average for the pond is about 3 to 5 lb (1.36 to 2.36 kg). The British record eel was caught from Iremongers Pond in the 1970’s at a weight of 11.0 lb (5 kg). They are scavenger’s and feed on anything that ends up on the bottom of the pond and love big fat worms.

They feed on and off the bottom on most baits and are targeted early to late spring / summer.

These can grow up to a weight of nearly 15 lbs (6.8 kg) and I have personally caught a Bronze Bream of 14.07 lbs (6.4 Kg). These are bottom feeders and will gladly take most baits.

These can grow very large indeed and will eat most baits and feed mid water, bottom and off the surface. They will sometimes feed off the top on very warm still summer days.

These fish patrol the bottom depths of the pond and like the Perch are predatory and feed on smaller fish. Be careful, these fish have some fearsome teeth and you will need to take special care if you catch one or you’ll get bitten.

Some river Barbel have been hooked of late and these must have come into the pond from the river when it flooded, via the connecting channel, but their numbers will probably be limited to a few.

LAST OF ALL AN ECOLOGICAL NOTE.

A recently reported find in the small feeder ponds that drain local ground-water is the 12 SPINED STICKLEBACK. This is a very rare sight and already we’ve had a visitor from over a hundred miles away just to see them.

Fishing is available for the majority of Native Freshwater fish with the pond being linked to the river via a small channel. Many species have been observed spawning in the pond

There has also been some large carp seen and caught in the pond.

With the 3 stages of development we have been able to increase the number of fishing pegs to 17, with several on the eastern bank being wheelchair accessible.

There is available space in the car-park adjacent to the tram stop and pond that is available for fishermen’s use.

However during the working week this gets used by tram commuters, there is the pub car park (available for patrons only) or several adjacent side roads that you can park on, all within easy a few minutes walk of the pond.

Iremongers Pond can be found on the south bank of the River Trent, directly south of the centre of Nottingham City Centre in the Village of Wilford, at the junction of Main Road and Coronation Avenue.

The pond can be easily accessed from the new “Wilford Village Tram Stop” with the Ferry Pub one one side and the pond on the other.

Situated in a quiet loop of the river, access can be gained by walking from the city over the Toll Bridge or car by driving into Wilford Village.

You can find us on the map HERE or by using a SatNav to NG11 7AA.